TWAS/BioVisionAlexandria.NXT 2018 will be the fifth BioVisionAlexandira.NXT to be organized in Alexandria, Egypt. The event will be held under the theme “Science Diplomacy: Voices of the South”. It intends to explore the importance of science diplomacy to the young scientists in the developing world. The event will be held on 18–19 April 2018, where TWAS/BVA.NXT 2018 participants will be offered the opportunity to meet policy makers, experts, academics and young promising scientists from the South to provide them with the needed skills to build their own capacities and help them in the advancement of their developing countries.Deadline for applications: 1 January 2018.
Read more ...
The Academy of Science of South Africa (ASSAf), in partnership with the Department of Science and Technology (DST), is seeking candidates to participate in the 2018 Lindau Nobel Laureates Meeting to be held from 24 to 29 June 2018 in Lindau, Germany. The 68th Meeting of Nobel Laureates will be dedicated to Physiology or Medicine. The meeting will be attended by Nobel Laureates in Physiology or Medicine and about 600 highly-talented young scientists from across the world. Deadline for sending nominations is 1 November 2017.

TWAS, The Academy of Sciences for the developing world, www.twas.org, is now accepting applications for the TWAS Research and Advanced Training Fellowship programme. The fellowships are offered to scientists from developing countries and are tenable at centres of excellence in various developing countries.

TWAS-ROSSA seeks to honour an outstanding scientist who has made significant contributions to popularise science, and has developed new strategies that serve the popularization of science and technology in the developing world. The prize is awarded in fulfilment of the TWAS objective of recognising, supporting and promoting scientific capacity and excellence in the developing world. The ideal candidate would meet at least one of the following criteria:

The World Academy of Sciences Regional Office for sub-Saharan Africa (TWAS-ROSSA) invites you to nominate suitable candidates for the 2017 TWAS Young Affiliates. The honour is given to researchers from developing nations who have at least 10 international publications. The nominees should show potential for a high-impact career. During their five-year tenure, Young Affiliates build networks with other affiliates and with elected TWAS Fellows. They also attend international conferences such as the TWAS General Meeting where they make contributions and are exposed to mentoring as well as collaboration opportunities. The five selected TWAS Young Affiliates will also be part of and work closely with the TWAS Young Affiliates Network (TYAN) which was established in 2016 during the 27th TWAS General Meeting in Kigali, Rwanda. TYAN is anticipated to bring fresh energy to the Academy by creating links among early career scientists and promoting international collaboration. 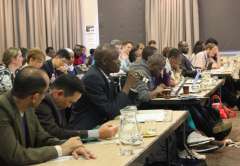 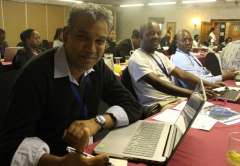 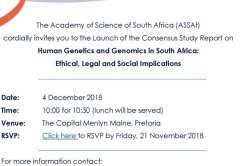 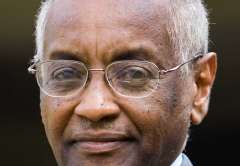 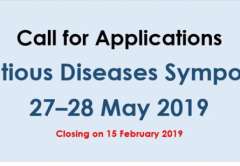